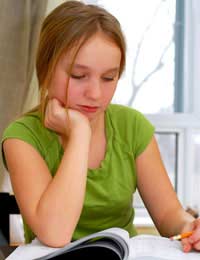 The following is a basic overview of rational and irrational numbers as studied in the GCSE Maths curriculum.

The words ‘rational’ and ‘irrational’ with regard to number in Mathematics has very little to do with the meaning of the English word.

A rational number is part of a whole expressed as a fraction, decimal or a percentage. A number is rational if we can write it as a fraction where the top number of the fraction and bottom number are both whole numbers. In fact, they are the numbers that we use in every day life.

Numbers such as 4/7, -3/5, are also rational because their numerators and denominators are both whole numbers. Also, all repeating decimals like .43434343…, all integers and all finite decimals such as .371 are rational.

An irrational number is any number that is not rational. It is a number that cannot be written as a ratio of two integers (or cannot be expressed as a fraction), and written in decimal form do not repeat in a pattern or terminate.

Pi is an irrational number because it cannot be expressed as a fraction of two whole numbers and it has no accurate decimal equivalent. Children are told in school that Pi is approximately 3.14. In reality, Pi is an unending, never repeating decimal, or an irrational number. The value of Pi is actually 3.14159265358979323… There is no pattern to the decimals (even when calculated to over one million decimal places), and you cannot write down a simple fraction that equals Pi.

Euler's Number (e) is another famous irrational number. People have also calculated e to lots of decimal places without any pattern showing. e starts like this 2.7182818284590452353… and keeps going.

The golden ratio (symbol is the Greek letter "phi") is an irrational number, which is a special number approximately equal to 1.618 (but is never ending).It often appears in art, geometry, architecture and other areas.The first few digits look like this: 1.61803398874989484820...

Helping your child with Maths homework can be difficult, especially when your child is older and you may not understand the topic yourself. In this case, if your child is having problems it is best to share any concerns with your child’s teacher, as they are the Maths experts.

English Literature: How to Write a Poetry Essay